Read all about it! Recently, Four Kitchens showcased our service offerings in The Midway at the Online News Association’s (ONA) annual conference. While we were there, we had the opportunity to share our areas of expertise with professionals in the journalism and digital media space and learn more about their concerns and trends from their industry as well. Here are some of the things we learned in a “just the facts, Ma’am” format. 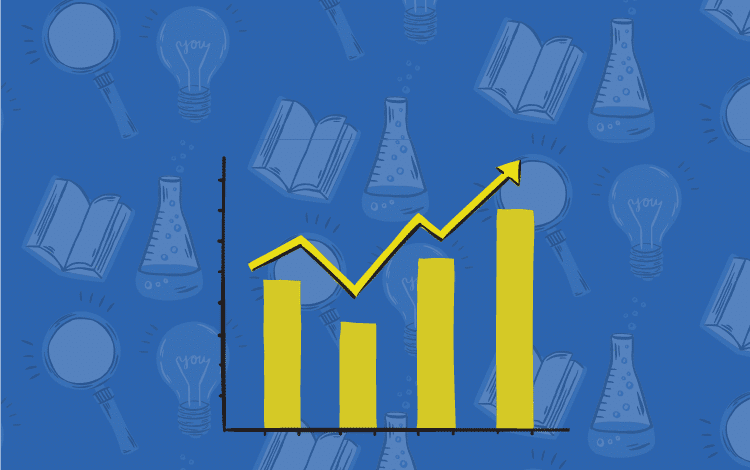 How to tell global/multilingual stories for a local audience

All in all, we’re excited to have spent three days sharing with and learning from those in the digital media and journalism space and we’re looking forward to participating in the ONA Conference in some capacity in the future.

Did you miss Lead Solution Strategist Alex Hicks speaking with other industry experts on Remixing Content: Refining Your Workflow to Make Your Work Flow? You can check out the audio recording here.

I always enjoy going to Stanford for the annual DrupalCamp, and this year was no exception. Here are some takeaways from a few of the sessions I enjoyed this past Saturday.

Automating Drupal Migrations was a case study from NVIDIA of completing the migration of an existing Drupal 6 site into a Drupal 7 site that was being “built” during the migration. The process itself consisted of a bash script that executed drush operations in a particular order, including enabling modules and executing specific migrations. While it’s technically possible to disable hooks during migration, they felt it was faster overall to just not enabling modules until easily migration phases were complete. For example, Organic Groups was left off until later in the process.

John Ennew’s technique for Drush multi-threading was used to add multi-threading to working migration classes. In short, make the sub-migrations work on small chunks of the index that are not dependent on each other. They used benchmarking to determine the optimal number of rows and number of threads.

The Multilingual Makeover explored the differences between the four pillars of multilingual support Drupal 7 and Drupal 8:

In short, multilingual support is now a first-class citizen in Drupal 8. Translation interfaces and configurations are unified and widely available within core itself. Instead of needing to rely on contrib, a practical site implementation that previously required 23 community multilingual modules now needs only five (and those are for edge cases, like xmlsitemap_domain, xmlsitemap_i18n). Gaps include search display, Media (just didn’t make it in time), SEO (XML SiteMap) and Analytics. For more information, check out drupal8multilingual.org or catch the session at DrupalCon New Orleans.

In another DrupalCon preview, I’m a Scrumberjack and I’m Okay provided a good overview of Agile and Scrum workflows. There was a solid discussion about how to analyze primary value creation and to recognize that multiple priorities could be compatible, and also how to map business data-driven values into higher education. The value of quality backlog was also highlighted, specifically what happens when you “cut down all the trees and you still can’t see the forest?” A proper backlog should build towards the purpose of the “forest” and describe contribution of each “tree” to that purpose.

In Debugging Drupal 8 with Drupal console we explored a number of the existing and new debugging commands available within the fantastic Drupal Console utility, which I consider an essential development tool. One of the neater tricks was piping the output of the router debug into Peco, an interactive filtering tool, to provide an interactive interface for drilling down into configurations.

We also explored the “chain” functionality, which is a YML scripting system with conditional logic. This feature is still very new and is under heavy development, which is why there’s not a lot of documentation around it. Very interesting! Slides are available with many practical examples, here.

Finally, I had a great audience for my session on avoiding over-engineering. The audience and I swapped tales of both success and woe and discussed what works—and what doesn’t. Slides are posted; you can watch a video of the SANDCamp version.

After the camp, I had a great time at the Treehouse with people from Stanford Web Services, Hook 42, Kanopi Studios, UC Davis, UCSF, Kalamuna, CivicActions, and a lot of volunteers from BADCamp, as well. Thanks to Stanford and the Bay Area Drupal community for hosting such a great event!

Four Kitchens is pleased to announce the launch of the Forcepoint website. Headquartered in 4K’s own Austin, TX, Forcepoint, a joint venture between Raytheon and Vista Equity Partners, is the result of a merger between cybersecurity firms Raytheon Cyber, Websense, and StoneSoft. Forcepoint is set to become an industry leader in online security solutions, allowing both businesses and governments to protect themselves from cybercrime — safeguarding against both insider threats and external attacks. 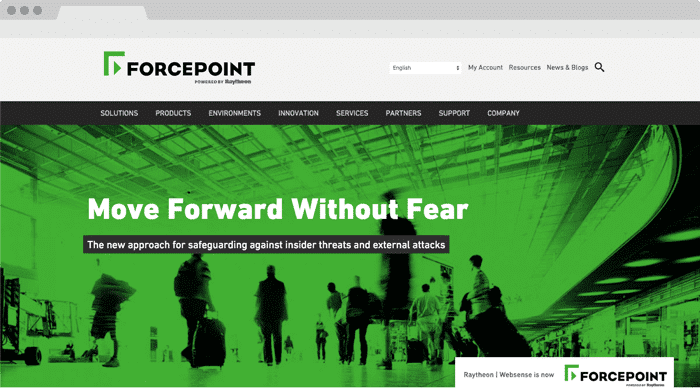 The Forcepoint team also created a localization mechanism for delivering specific content to users according to the region they’re in (e.g., so a user accessing the site in Venezuela will see different features than a user accessing the site in Canada). While brand unification across these three distinct identities (Raytheon Cyber, Websense, and StoneSoft) was a sometimes delicate juggling act, Four Kitchens’ particular emphasis on smart design and our expertise in Drupal allowed Taylor and his team to create a sleek new site with a unified architecture, information design, and mobile navigation that are on the cutting edge, providing a beautiful home for the newly-formed Forcepoint venture.

Fear distracts. It’s time for something new. WE ARE FORCEPOINT.

CSS generated content is cool. You can make those little triangles everyone seems to love, but its real purpose is to let you add presentational words that would otherwise be a pain to generate in markup for some situations.

It can do other neat things like output the contents of another attribute on your element. This feature was originally created to allow print stylesheets to display URLs inline for printed documents:

But what happens when you need to bring multilingual into the mix? We occasionally build multilingual sites, and typically there is translatable content at every level of the stack: Drupal nodes, template files, CSS, JS, you name it. When I was originally tasked with solving this it seemed like a big problem, but it turns out to be relatively simple.

My initial thought was to use the language attribute of html tag and make individual, static content properties, but that leads to code bloat as you accommodate each new language. Furthermore, in Drupal’s case, it leaves your strings stranded in CSS and inaccessible to translators which have an interface built into Drupal’s admin UI.

We had a client who wanted the links to be big CTAs accompanied by the instructions “Download item.” So instead of hardcoding the English words into my stylesheet, I added a data-attribute into the DOM via JavaScript (you could also do this in Drupal by creating or modifying the appropriate field.tpl.php, but I did some other things with JS so it was simpler to keep it all in one file).

Notice Drupal.t in there? t is for translate, and it is the standard mechanism for localizing JS-powered UI components in Drupal 6, Drupal 7, and Drupal 8. There’s a bit of background magic that happens, but in a nutshell once a page containing your new Drupal.t() string has been loaded, you can access it in the Translate interface in the Drupal admin UI: Now you can grab a translator, add the appropriate text, and your stylesheet will always supply the correct translation in your CSS generated content! Look at the minor modification to CSS content property (compare to the very first example in this article)

And here’s the result in English and Arabic respectively:

Update: Down in the comments Dan Mouyard pointed out how any CSS generated content is less accessible than real markup. Just a heads up for general use of CSS content that is intended to be read aloud on the page, not just the multilingual method described in this article.

The Big Relaunch Is No More

Notes from the Web Chefs

Starting your own design system can understandably seem overwhelming. But I’m here to tell you that a small design system is not only achievable … in many ways it might be the preferable way for plucky teams to start.
Dean Oest
Design Manager
Read the Article:
Design Systems: Start Small, Grow Later
Four Kitchens clients have big websites that include many pages, images, PDFs, videos, and other files. These sites have so much content, in fact, that many of our clients are overwhelmed just thinking about going through it prior to a CMS migration.
Donna Habersaat
User Experience Strategist
Read the Article:
From a Mountain to a Molehill: What to Do When You Have Too Much Content

The Change We Want to See in the World

Don’t Panic: Drupal 9 Is Coming, but the Transition Is Easier Than You Think