Digital strategy is a business that needs to understand how ideas move between users— how new fads develop and propagate on the Internet— and looking at memes is one way we can begin to think about the transmission of culture and the spread of ideas.

The term “meme” was coined in 1976 by Richard Dawkins— a meme is a bit of thinking, a piece of folkways or culture, passed from one generation (or one person) to another via non-biogenetic means. It was a gene, but for the mind— a meme. In this sense, almost any aspect of identity or culture may be a meme: you build your house out of logs? That’s a meme. And that meme is in competition with the meme that builds houses out of bricks. The mansard roof is a meme and it’s in competition with the gabled roof meme. And so on. If you want to learn more about memes in this sense, read Susan Blackmore’s work.

But we’re talking specifically about Internet memes: simple image files, usually accompanied by text, passed along from one user to the next with slight variations.

Memes— even in this specific “variations on image and text” version— existed long before the Internet and long before Dawkins named them. “Kilroy was here” is an image meme that’s been around since World War II, and the “hear no, see no, speak no evil” monkeys have been around even longer than that. 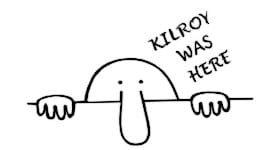 The function of memes

Even though memes may not be specific to internet culture, they are integral to internet culture. They are the force that binds all users together. On one hand, memes are the visual equivalent to small talk and other acts of social grooming, or what Roman Jackobson called phatic communication—the “Hi, how’s it going?” and “Nice weather, isn’t it?” that you exchange with strangers on the street. You’re not really commenting on the weather, not really, you’re exchanging niceties because that’s what keeps society moving. Memes, like small talk, are just another way to hold a community together. 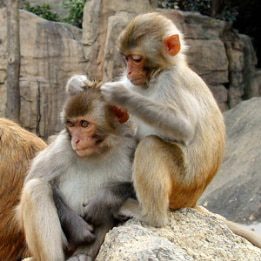 Similarly, when I post the Success Kid meme to my Facebook or Tumblr, I’m not necessarily saying that the boss was actually late or that I really got the high score in skeeball. I’m saying “Hey friends! These are experiences I’ve had! I can relate to these experiences! I am similar!” and when you see that meme on my dashboard or wall, you think “Hey, I have also had similar experiences— Doug and I are similar. We are bonded. Our community is strong.” 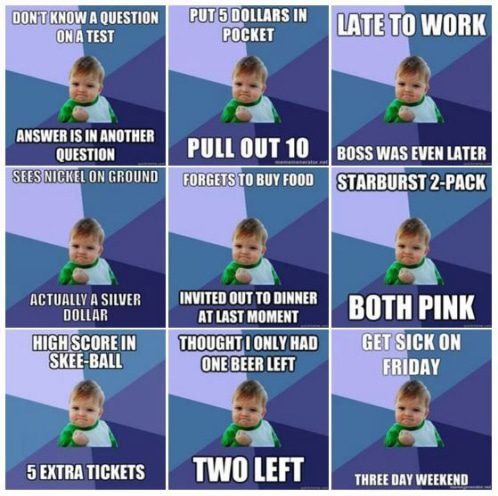 You might not be aware of these thoughts every time you see a meme, but your unconscious brain is. Your unconscious uses memes (and other phatic communication) as a way to individually tag the people you know, so that the more a person shares memes you can relate to, the more your brain thinks of that person as “people like you” and the closer you feel to them. Of course, it works the other way too… 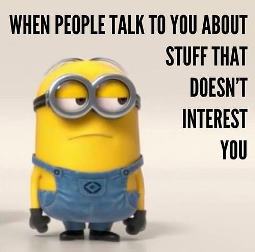 Okay; it’s a neat theory and maybe you buy into it, maybe you don’t. Maybe, to you, memes are still just a bunch of dumb cat pictures; why should you care? Why do memes matter in terms of digital strategy?

Just because your business is “on the internet” doesn’t mean you have to care about internet culture, but it still pays to be aware of it. We’re in a business that needs to understand how ideas and fads move from one user in one place to another user in another place. And looking at memes gives us a window into the transmission of culture— the spread of ideas. Take it all with a grain of salt; knowing about memes is important in the same way that knowing about Virginia Woolf or Wings of Desire is important. It’s culture; it’s what’s happening in our communities. Slender Man probably isn’t the next Nude Descending a Staircase, but it is a vibrant aspect of internet culture, just as you are, whenever you put yourself or your product online. In the digital strategy game we need to be half market analyst, half anthropologist, half folklorist, and half bear-tracker to really understand our audience, and keeping up on memes can help with that.