As a technologist (or person who works in technology), I use the term “content” a lot.

As I was reading this piece from Christopher Nolan about the future of film, he said something that struck me:

As streams of data, movies would be thrown in with other endeavors under the reductive term “content,” jargon that pretends to elevate the creative, but actually trivializes differences of form that have been important to creators and audiences alike. “Content” can be ported across phones, watches, gas-station pumps or any other screen, and the idea would be that movie theaters should acknowledge their place as just another of these “platforms,” albeit with bigger screens and cupholders.

I have never been more keenly aware of the differences between technology and art as I was after I read that quote. Hearing of a future in which content is available anywhere is exciting to me; it is a future I am helping build through technology. However, what excites web technologists like myself is a cause of concern for artists who deeply care about where and how their art is experienced. There were two things that struck me:

I use the word content a lot when I talk about web. It never occurred to me that the word could be derogatory to those who create it. Of course a filmmaker would be afraid of a future in which his film is just another piece of content displayed in one of those multiple frontends we keep talking so much about. As technologists, do we need to be sensitive about what we call “content”?

The movie theater screen as a frontend

Thinking of a “content first” approach, I often use the argument Nolan just made: your content can be viewed in a variety of platforms, on a variety of frontends. This is the argument we made in the Future of the CMS panel during DrupalCon. But I honestly never thought of a movie theater screen as one of those frontends. Talk about media queries! Could websites we create ever be viewable on a movie theater screen?

I asked the Web Chefs to chime in with their thoughts and what followed was a very interesting discussion about technology, art, and how we as human experience both. 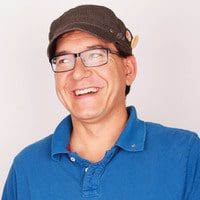 Filmmakers don’t make films. They literally make streams of data, streams of moving pictures. They make moving pictures that are presented in a number of formats across the work’s lifetime. Sorry buddy, the movie theater really is just another platform.

Moving pictures that tell a story in 1.5-3.0 hours aren’t intrinsically special. I’ve been to the movie theater to watch TV shows and I certainly watch movies on my TV and my tablet. Did the platform change my experience? Absolutely! Going to watch Game of Thrones with a movie theater full of people is way different than watching Batman Begins on my iPhone, but the same changes apply the other way around as well. The platform is an intrinsic part of the impression, and regardless of the quality of the work or the original format the platform is going to change the audience impression. Movies aren’t special. Going to the movies is special.

The medium doesn’t elevate a commodity piece of content to a work of art. Out of all the moving pictures in all the formats some will be art regardless of length, regardless of the format they were originally released. It’s special if it moves you, it’s really special if it moves lots of people, doesn’t make a difference if it’s a digital short or a Hollywood movie. Filmmakers aren’t special, but artists are. 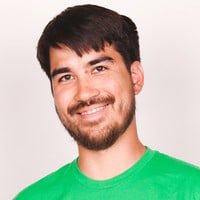 I think Mike drops the mic with “Movies aren’t special. Going to the movies is special.” I think there’s a triangle of awesomeness in content, medium, and social interaction. It’s ideal to have all three, but if the other two are good enough (or even one is good enough), you’ll make some pretty big concessions on the others. Watching Game of Thrones (great content) on a movie screen (great medium) at the Alamo Drafthouse with others (great social interaction) is the triumvirate of awesome. But if the content is great, I’ll watch it on a Zen portable media center in a porta potty if I have to.

I agree with Nolan in his prediction for the eventual future of great cinema, but I’m not sure I agree about “instant reactivity favoring the familiar” and “smaller films will be shut out.” Smaller films are already being shut out, though the problem seems to be intrinsic to the distribution/studio system, vs the delivery/display technology.

If anything, instant reactivity can redefine what familiar is. Case in point, Rome Sweet Rome. A guy asks a question on Reddit about whether a modern US Marine battalion could have defeated the Roman empire. A writer/historian got involved, wrote a brief short story, and it took off like internet wildfire. Warner Brothers has licensed the rights, and now its being scripted into a major motion picture. 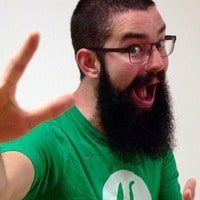 I can appreciate the argument that the appreciation of film is contextual. I recall watching Snakes on a Plane at a midnight show the day it came out. The place was packed full of people who were there to experience the terribleness. There was a vibrancy to the crowd, and it was genuinely fun. I’ve seen it since in syndication, and it’s really just an awful movie — without the context of a group, it can’t stand on its own.

People will continue to go to theaters for an experience, and will seek out quality content wherever they can find it. If the theater has the quality content and the convenience, the audience will follow. However, theater is not the only way to experience film, so considering the evolution of consumption as an inhibitor to innovation is misplaced.

I have much greater exposure now to smaller independent films that experience “non-traditional” releases (mostly in digital formats). I’m willing to rent (or purchase) a digital copy of a niche film and watch it before it hits the theaters, assuming it ever makes it to wherever I am. The convenience of quality digital distribution shouldn’t be trivialized; if I have a one weekend window to catch an indie film with an hour of travel time in either direction versus just watching it at home when I’ve got two hours? Honestly, this evolution should be more concerning for theater owners (who already have thin margins), not for the creators or their distribution studios. 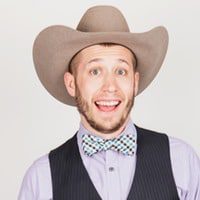 I agree with all points involved and I have an analogy.

This could be extended in many ways. For example, the Salt Lick is okay BBQ that is great eating in its social setting. Snakes on a Plane is an okay movie that was great seeing in the theater. At the end of the day films are just content and a theater is just another platform; but that doesn’t mean that a film will be good outside a theater. We write content for the web, but try and make it digestible in many ways, but even we have types of information that we haven’t found great ways of showing outside of a desktop experience (infographics anybody?). The same is true with film. Sure, we can put a film on anything, but that doesn’t mean we have found a good way of users enjoying that outside of the context the artist made the content for. 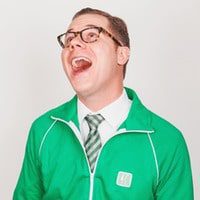 Students at film school spend a lot of time talking about the effect the medium has on the message. The following Marshall McLuhan quote is trotted out in virtually every media studies class: “The medium IS is the message.” Here’s a real-life example:

When Lost in Translation was released, it blew the critics away and won a bunch of awards. When it was released on DVD, an entirely new audience flocked to see it. Their reaction was: “Huh? I don’t get it. This sucks.”

Lost in Translation is a film about loneliness. Being a stranger in a strange land; abandoned, bored, aimless, and seeking human interaction in a place where you can’t communicate. Then, finding someone to share that experience with, and forming a deep bond. A spark of connection in the overwhelming landscape of a megacity. When the film is seen on a two-story screen, you feel as small as the characters. The buildings are huge, and the loneliness is oppressive.

When the film is seen on a 32″ TV, everything is scaled down. You tower over the images — rather than the images towering over you — and the central aesthetic of the film is lost. Those who saw Lost in Translation in the theater, by and large, loved it. Those who saw it on a TV almost universally disliked it. The medium, in this case, was very much the message. Context (medium) absolutely matters.

What do you think? Tell us in the comments!

Taking off from Todd Nienkerk’s post “We’ve Shifted from ‘Going Online’ to ‘Being Online’… What’s Next?,” these are posts about human culture… +cyber. +online. +interactive. +digital.