We’re happy to announce the launch of the new American Craft Council website, and our first major Drupal 8 development project! The site launched in late July 2016 with enough time to be in place and guide audiences through the final craft show of the 2016 season in San Francisco.

Cultivating a Culture of Making

The American Craft Council is a nonprofit organization that champions craft through preservation, cultivation, and celebration. Through its magazine, library, events, and digital and paper archives, it has supported professional “makers” for over 75 years.

The American Craft Council (ACC) wanted to replace its aging Drupal 7 site with a sharp-looking, mobile-first, cleanly architected, and future-ready website built in Drupal 8. The ACC team was eager to embrace improvements in editorial workflow, information architecture, and media management to replace highly manual and labor intensive processes. Finally, ACC wanted to better relate and expose their existing articles, blogs, and news, thereby encouraging site visitors to explore the wealth of resources for lovers and makers of craft.

Four Kitchens migrated ACC’s article, blogs, resources, users, and media assets from their Drupal 7 content model into the new and improved content model in Drupal 8. Old content was transformed by creating new and meaningful relationships among assets, refining and simplifying for a manageable series of interests. 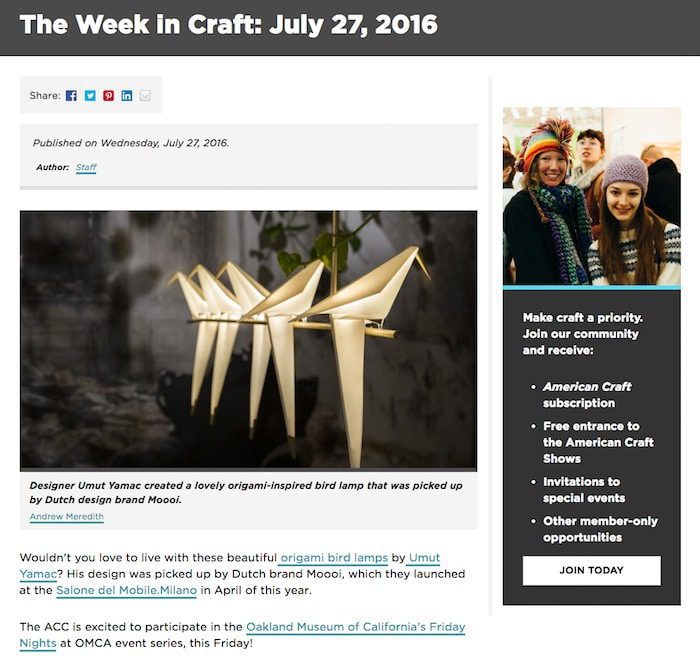 The American Craft Council is the first of many Drupal 8 websites that we are producing for our clients. As part of the overall effort to deliver high quality sites in the latest version of the Drupal platform, we have contributed to community efforts, issue queues, code patches to contrib and core, as well as improvements to the Aquifer build tool for Drupal 8.

Along with the web team at ACC: Eric Gjerde, Elizabeth Ryan, and Andrew Ranallo.