Levelling Up the Work From Home Experience

“Wait, you work from home? That must be ______.” People follow that with words like: terrible, distracting, isolating, lonely, and occasionally “awesome because you don’t have to wear pants!”

When I started at Four Kitchens in 2012, everyone worked in the office. Working from home, even for a few hours, would necessitate an office-wide “WFH” email. Calling-in for meetings meant being the lone voice on the Polycom who could neither hear well nor contribute meaningfully to the discussion. Missing in-person conversations meant working in isolation.

From telecommuting to distributed working

The transition from isolated telecommuting to a distributed culture began as we hired two engineers out of state and I made a short-term move to Tulsa for a change of scenery. Initially, the isolation I felt working from home was more difficult than I had anticipated. The cabin fever was worse because I was living and working from a 200ft2 garage apartment. On the company end, we weren’t nurturing our remote workers very well and there were times we three felt forgotten about.

To address that, we had to grow our communications strategy beyond “WFH.” We moved most conversations to chat programs (HipChat then Slack) and video calls (Hangouts then Zoom Meetings), prioritizing tools that decreased barriers to opening conversation, making it easier to be out of the office (just type “/zoom” in a Slack room!). Our in-office colleagues began joining video calls from their desks, putting everyone on an equal ground no matter where they were working from. Soon, every project and operations team had at least one remote member, ensuring that these techniques were applied company-wide. Increasingly, with growing comfort in a distributed workflow, local employees began to work from home on a regular basis which has culminated in the closing of our Austin office.

Traditionally, considering jobs means considering location. Prioritize the job and move across town or across the country to get there. Or prioritize the location and look for work in the area. But sometimes life simply necessitates a move for other reasons, and that can mean having to find a new job whether you want to or not. Being on a distributed team allows us to not only pick the best of both (where we live and where we work), but the freedom to roam. I can work anywhere I need or want to be. While that freedom is nice, it also means that we’ll have to look elsewhere for the the automatic professional and social networking that comes along with a physical office, so there is a trade-off.

Unlike the lone team member working from home, collectively working as a distributed team is a shared experience. I’m not a floating voice like The Ghost of Conference Phone; I’m part of a team of people who are communicating effectively, equally, and empathetically.

Though some developers prefer to work in solitude, I’m still a “people person”—many of us are. Four Kitchens’ culture is strong enough to transcend geography, but we remain close as a team because we do prioritize high quality in-person time. We host annual retreats for the whole team. Through our professional development program, we offer conference travel opportunities which usually involve delegations of multiple Web Chefs. We also pitch and kick-off new work by sending project teams to meet with clients in-person. We’ve even crossed paths on vacation! 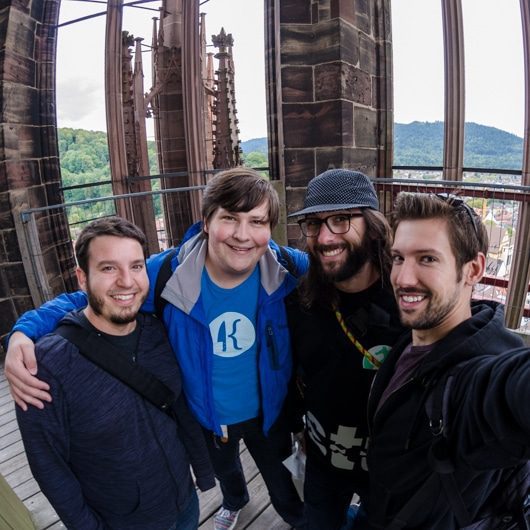 And because we don’t see each other in the office, I organize regular social gatherings for the Austin-based team members as well. It’s important to recognize that many people on the Four Kitchens team relocated (or at least made residential choices) based around this physical space we shared at 3415 Greystone Drive. We’ve built a good culture of nurturing our distributed workforce, but nurturing the distributed team members who all live in the same city has its own kind of considerations. 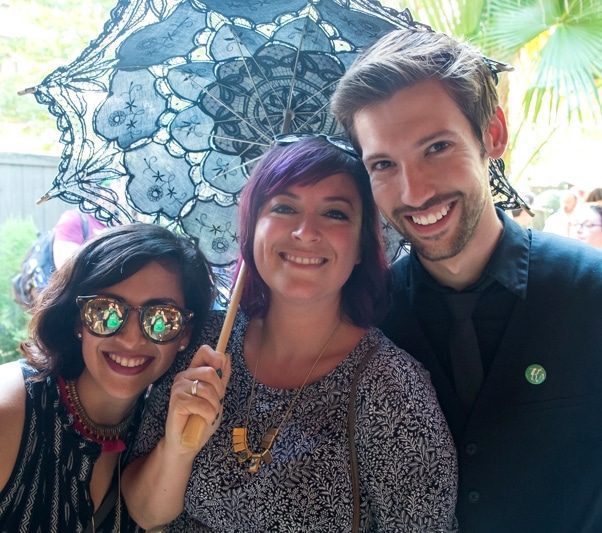 This change has not happened without its fair share of growing pains, but I have come to realize that telecommuting is not the same as working on a distributed team. Being distributed requires paying specific attention to fostering personal relationships. It takes more care than just throwing a bunch of people in an open office bullpen, but the strength of the community is derived from the very expenditure of that effort. Closing the office seems like the end of this journey, but in truth it is the final “levelling up” in our collective responsibility to prevent anyone on the team from feeling isolated. I’m excited about the possibilities that becoming fully distributed will afford us, but I’m probably still going to wear pants.