Ten years in the Kitchens

Four Kitchens was founded on April 17, 2006. We’ve come a long way from those early days.

There were four of us in the beginning: Me, Todd, Kristin, and David.

We met while we were students at the University of Texas; I was pursuing a degree in Advertising — and the others a mixture of Psychology, Computer Science, and writing — but we all worked together at the Texas Travesty, UT’s monthly humor publication. Todd and I had talked about what we were going to do after school and one idea we kicked around was starting a publishing company, something like the Travesty but on our own terms. 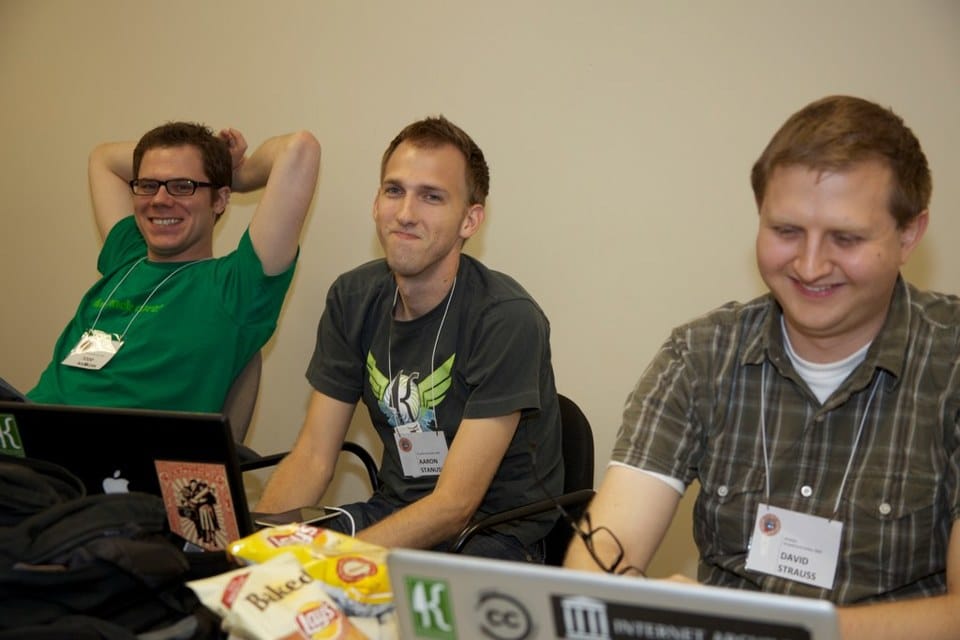 So we started That Other Paper, a kind of alternative newspaper, an alternative to the other alternative paper in Austin (the Austin Chronicle), and because our alt-news publication was mostly online, we decided we should create a small design company to “run” the technical side of things. And that’s how we ended up with Four Kitchen Studios, as a back-end way of getting our newspaper established and staking a foothold in the online publishing world.

… in an apartment filled with curbside-recovery furniture and a couple of cats.

At the time, Todd, Kristin, and David were all living together in an apartment in Southeast Austin; I didn’t live there, but I was there all the time, working late nights and long hours on this business we were building. While living somewhere else did afford me the luxury of going home and leaving work at the end of the night, which was a step above just closing the bedroom door, it still felt like my home away from home. It was scrappy and fun, spending a lot of time together in a cramped apartment, sitting on the couch with our computers on our laps, taking breaks to watch Judge Judy, cooking family meals in one small kitchen.

That Other Paper was doing pretty well and getting some attention, not because it was disrupting Austin’s alt-weekly scene necessarily, but it was one of the largest, well-designed Drupal media websites at the time. About a year into it, we got our first big break with this media company out of New York (Plum TV). They produced cable TV content for fancy vacation destinations like Aspen and the Hamptons, and they needed help redesigning not just one website, but a whole suite of websites, one for each of their markets. So they called us and asked for a meeting and, while we tried to steer them towards meeting in New York, they insisted on coming to Austin to meet with us… in an apartment filled with curbside-recovery furniture and a couple of cats.

That’s really when it hit me — when we were on the road to IKEA to buy some respectable office furniture so we could host our prospective client in “our offices” — that Four Kitchens wasn’t just a thing we were doing to support our publishing business, but actually was our business.

Pretty soon after that we found an office (a real office, in an office park), so we could move out of the apartment, and start hiring new people to really grow our business. But even in the “real” office, we kept to our scrappy aesthetic; we painted the walls ourselves, built and moved all the furniture in ourselves, laid-out the desks in this big open area that didn’t draw lines between workspace and breakroom. 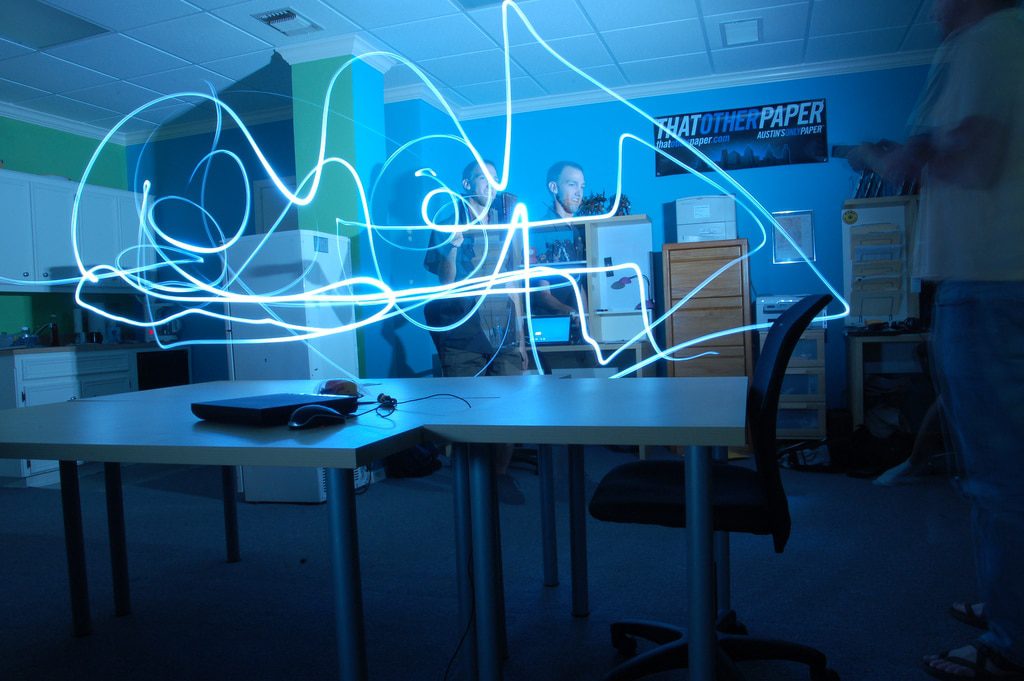 Light painting in our first office

And there are other milestones that come to mind, like our first two hires (a developer and project manager — both named Shannon); landing an account with The Economist magazine; flying to Paris to help build the new Drupal.org; moving into our second office; finally hiring someone to take over office managing and payroll duties from me so that I could take over the role of Creative Director; and now, redefining my role once again as President of the company as we get ready to move out of an office altogether.

I can’t believe it’s already been ten years. I look back and see all these great things we’ve done, but there are also so many great things ahead. We’re focusing on our own Four Kitchens brand now by producing more content, and we’re making a concerted effort to not just do great work for clients, but to do a better job at promoting our work, new services, and our culture. We’re going fully distributed soon and I’m excited to see where that takes us, the new team communication and collaboration dynamics it will create. We can continue hiring really terrific people without distinguishing between an “Austin team” and a “remote team” — we’ll have a single Four Kitchens Team, providing top-notch services and building relationships with our clients, growing together as a company.

Above all, I hope in ten more years our team members continue to say, “This is the best place I’ve ever worked.”