For many companies, a team member’s anniversary is usually associated with procedural activities like performance reviews and cake circles. (You know: eating cake while standing in a circle.) At Four Kitchens, Todd and I have always wanted to do something truly special to recognize these milestones. When we were smaller, we would go out of our way to throw a party to celebrate every Web Chef’s anniversary. As we’ve grown, that tradition quickly became impossible to maintain, yet we still needed to make everyone feel special whether they’re celebrating one year or three. So, as 2012 drew to a close, we assembled a secret team to create a new anniversary tradition. 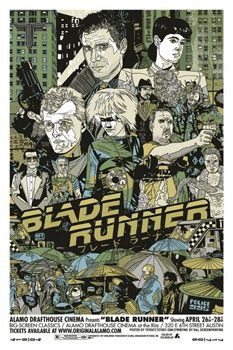 I’m a poster junkie. Everyone who steps into my home or office is exposed to a sea of prints covering my walls. In recent years, I’ve been especially inspired by the amazing limited-edition, screen-printed posters commissioned by Mondo, usually associated with the movie events organized by Austin’s beloved Alamo Drafthouse (see Tyler Stout‘s amazing Blade Runner poster). Todd and Cecy also share this love for prints, so it wasn’t hard for us to come to a consensus that our team anniversary gifts should be limited-edition, screen-printed posters that incorporate some clever variant depending on how many years someone has been a Web Chef.

Next, we needed an artist. Cecy began scouring Dribbble for designers, but ultimately it was her call on Twitter that connected us to local animator and illustrator Paul Ahern. I was sold the moment I heard he had worked as an animator on A Scanner Darkly.

Our secret team came to a concept for the poster pretty quickly. We’ve always had an affinity for physical computing — Arduinos, Raspberry Pis, etc. — and whenever we need to cater an in-office lunch, our go-to food is tacos. So there you have it: robots and tacos. We relayed the idea to Paul and he came back with a first round of sketches:

A robot making tacos? A actual taco robot? An Godzilla-esque taco-robot fight? These were all great, but it was clear the message should be love. 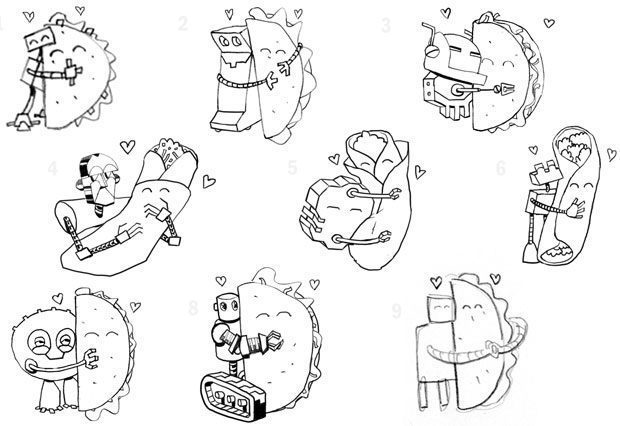 So Paul iterated some more…

…Until we finally came to an ideal portrayal of robot-taco affection. 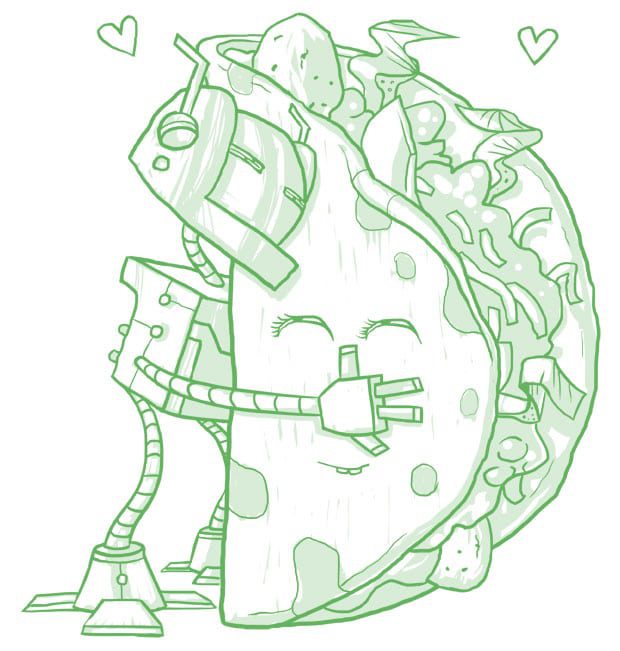 But the story doesn’t end here. In part two, we’ll show how we worked with Paul to fill in the rest of poster, as well as some detail shots of the final product. Stay tuned!