Benefits of a Floating (Virtual) IP

You might have heard about high availability before but didn’t think your site was large enough to handle the extra architecture or overhead. I would like to encourage you to think again and be creative.

Digital Ocean has a concept they call a floating IPs. A Floating IP is an IP address that can be instantly moved from one Droplet to another Droplet in the same data center. This idea is great, it allows you to keep your site running in the event of failure.

I have to give credit to BlackMesh for handling this process quite well. The only thing I had to do was create the tickets to change the architecture and BlackMesh implemented it.

One of our support clients had the need for a complete site relaunch due to a major overhaul in the underlying architecture of their code. Specifically, they had the following changes:

Any of these individually could have benefited from this approach. We just bundled all of the changes together to delivering minimal downtime to the sites users.

So, what is the right solution for a data migration that takes well over 3 hours to run? Site downtime for hours during peak traffic is unacceptable. So, the answer we came up with was to use a floating IP that can easily change the backend server when we are ready to flip the switch. This allows us to migrate our data on a new separate server using it’s own database (essentially having two live servers at the same time). 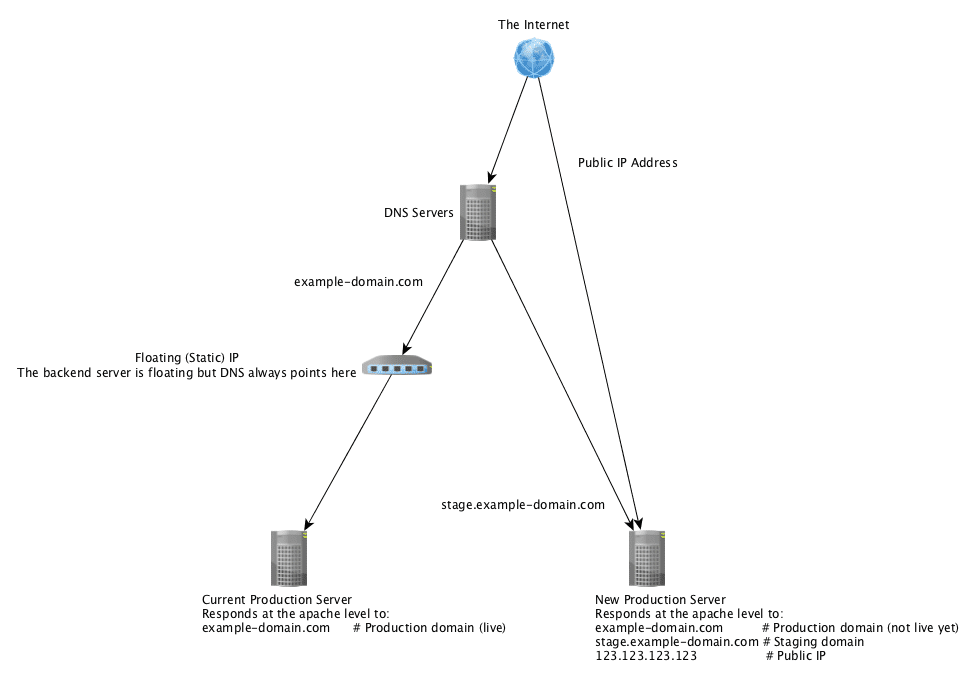 Notice that we won’t need to change the DNS records here which meant we didn’t have to wait for DNS records to propagate all over the internet. The new site was live instantly.

Some other notes during the transition that may lead to separate blog posts:

After you have completed your deployment process, you are ready to switch the floating ip to the new server. In our case we were using “keepalived” which responds to a health check on the server. Our health check was a simple php file that responded with the text true or false. So, when we were ready to switch we just changed the health checks response to false. Then we got an instant switch from the old server to the new server with minimal interruption. 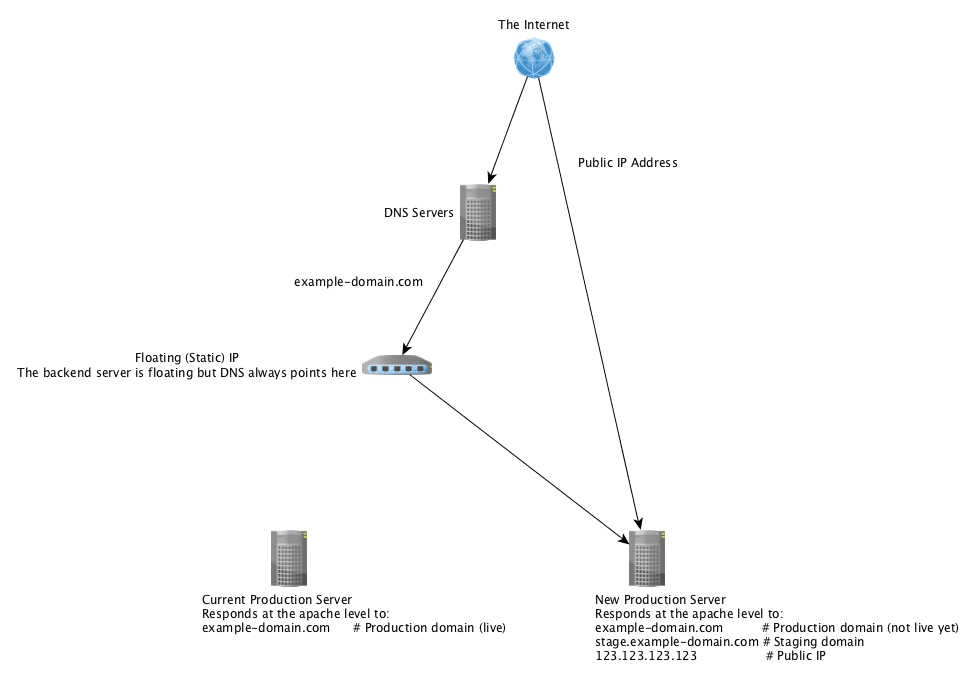 There were a few things we couldn’t get around:

The reason for this was that our database was the database updates required the site to be in maintenance mode while being performed.

A problem worth mentioning: